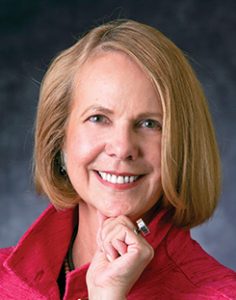 Formerly the executive director of the American Institute of Architects (AIA) New York and of the New York Foundation for Architecture, Lenore Lucey was the 2017 Chancellor of the AIA College of Fellows and the former CEO of the National Council of Architectural Registration Boards. Over the course of a career dedicated to advancing the profession, Lucey also served on the Citibank B-77 Task Force, which saw the reshaping of personal banking in the 1970s by developing the prototype for the first ATM. She also upgraded the American Broadcasting Companies (ABC) design character with two award-winning Kohn Pedersen Fox buildings and the restoration of an iconic factory building for ABC Radio among other projects.

As the leader of AIA New York, she raised public awareness of the chapter she oversaw greatly increased membership and a major relocation of its offices. Her strong convictions helped position the chapter as a sought-after voice among countless city agencies, boards, and commissions.

In 2018, Lucey was awarded the 2018 AIA’s Edward C. Kemper Award. Named in honor of the AIA’s first executive director, the award is given annually to an architect who has contributed significantly to the profession through service to the AIA.

“Many changes have been made to the Council staff over my tenure; however, [this is] the most significant to date. In addition to the focus they will bring to our service issues, the reorganization is strongly tied into NCARB’s Strategic Plan. As we move forward, we will be growing and changing with the profession and the services architects require.”