Using the results of the 2012 Practice Analysis of Architecture, NCARB worked to align its experience and examination programs for the first time. Launched in 2016, the overhauled AXP and ARE 5.0 help candidates better connect the licensure process to everyday practice.

Education, experience, and examination—the “three E’s”—have formed the essential backbone of the licensure process since NCARB’s early days. Each program was developed separately, and it wasn’t until 2012 that NCARB began to consider them as part of a cohesive whole.

In the 1980s, the Council copied a process used in other professions and developed a survey to collect information about the realities of contemporary practice. Called the “practice analysis,” the survey results were used to modify NCARB’s exam to keep pace with the profession. NCARB undertook surveys in 1987, 2001, and 2007, to identify the knowledge, skills, and abilities needed by a newly licensed architect.

As the Council prepared to launch the 2012 survey, the organization decided to expand the scope of the survey to gather a richer range of information, with the goal of using the study to align the three E’s. The 2012 Practice Analysis of Architecture was the first to cover all stages of the licensure and renewal process, including education, experience, examination, and continuing education. Using new methodology, NCARB segmented the survey with questions targeted for practitioners, academics, licensure candidates, supervisors, and mentors. Through digital communication, over 15,000 individuals were able to participate. After the responses were analyzed, the findings of the 2012 Practice Analysis of Architecture were published in four modules representing each stage of practice. 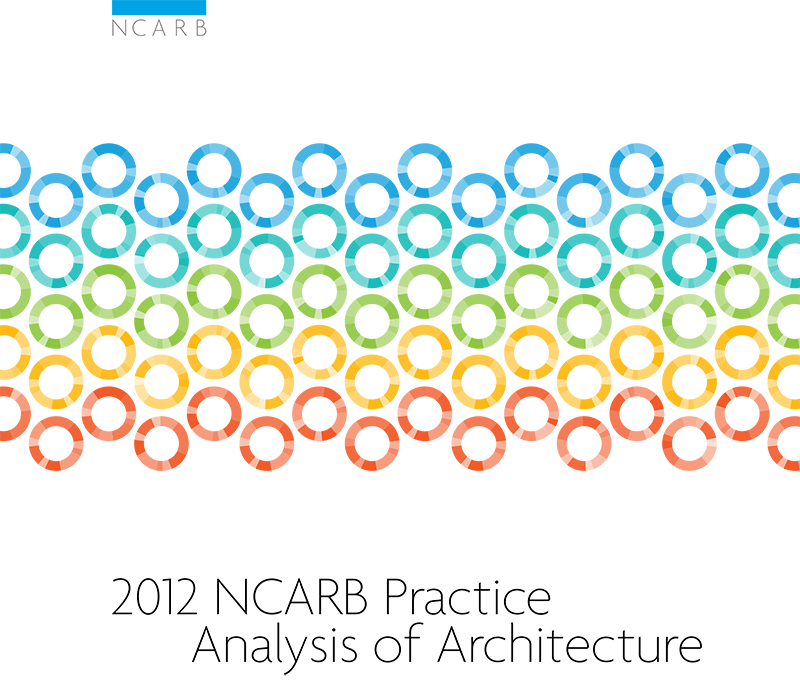 The 2012 study informed all stages of the licensure and renewal process—education, experience, examination, and continuing education.

Following the report’s publication, the organization faced the challenge of implementing its findings. The combination of the Board of Directors’ desire to question the established programs and new CEO Michael Armstrong’s fresh perspective on the licensure process led to overarching changes to each of NCARB’s core programs.

“This significant and greatly expanded study was planned deliberately and methodically to: drive the test specification of the Architect Registration Examination (ARE), inform the future of the Intern Development Program (IDP), and guide NCARB’s contribution to the NAAB 2013 Accreditation Review Conference (ARC), as well as future continuing education policies.”

The 2012 Practice Analysis of Architecture's report on examination coincided with growing concerns about the Architect Registration Examination® (ARE®), ranging from dated tools to the high cost of keeping the framework functional.

Armstrong established a staff-led special project team to assess deficiencies in the current exam, tap into the work of NCARB’s volunteer-led ARE Research and Development (R&D) Subcommittee, and provide a series of Board reviews that would identify possible paths forward. With consideration to the 2012 Practice Analysis results, the special project team and the R&D Subcommittee ultimately proposed a dramatic overhaul of the examination.

The proposed new version of the exam, called ARE 5.0, would no longer use NCARB’s graphic vignette software, which was state-of-the-art when introduced but had since become dated and difficult to update. Instead, new drag-and-drop and hotspot item types would be added, plus sets of scenario-based questions called case studies. In conjunction with the updated format, the exam would also be completely reorganized into six divisions to parallel current practice and the stages of a typical architecture project. 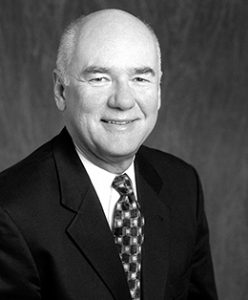 ARE Research and Development Subcommittee Chair

After thorough consideration of the special project team and subcommittee's analysis, the Board endorsed this new direction for the exam. NCARB first announced the new version and upcoming retirement of its predecessor, ARE 4.0, in 2013, providing candidates with ample time to design a personalized testing strategy. To help make the upcoming change as smooth as possible, NCARB developed a number of free resources, including an interactive Transition Calculator that showed candidates how ARE 4.0 credits would transfer to the new exam.

ARE 5.0 launched in November 2016. Candidates were given the option of continuing to take ARE 4.0 until the version’s June 2018 retirement, transitioning to ARE 5.0, or taking a combination of both versions and potentially completing the exam in fewer divisions.

The 2012 Practice Analysis had also highlighted two key problems with the existing Intern Development Program: its organization was confusing, and there was no evidence that the requirement of 1,860 elective experience hours helped licensure candidates gain additional competency for independent practice.

Under the leadership of President Blakely C. Dunn of Arkansas—the first NCARB president to have completed the IDP—a special project team of NCARB staff was created to explore how the program could be improved. The suggestions were presented to NCARB’s then Internship Advisory Committee, which included representatives from NCARB’s collateral peers as well as architect and candidate volunteers. 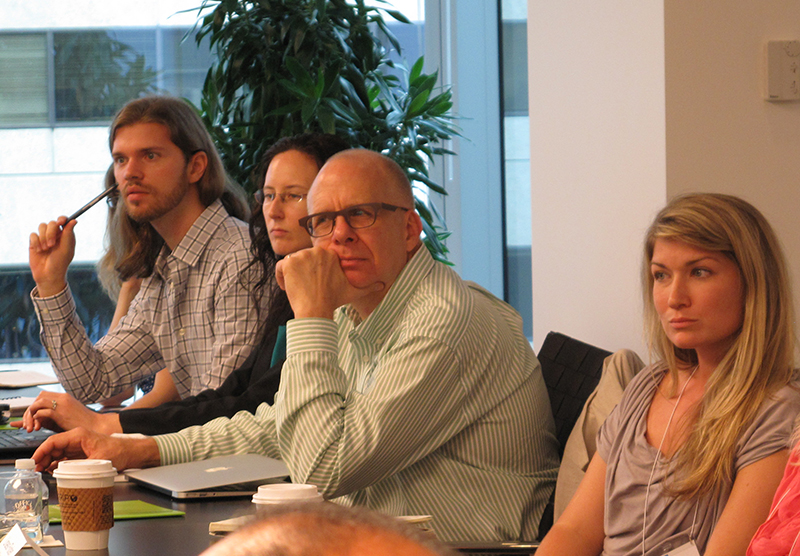 The Internship Advisory Committee helped guide the development of the overhauled experience program.

In April 2014, the project team presented the Board of Directors with two options. The first was to remove the elective hours requirement. The second option was to reorganize the program’s 17 experience areas into phases of practice, like the new ARE 5.0’s six divisions. By aligning the programs, preparing for the exam could be coordinated with experience earned, creating a “symbiotic approach” that would set candidates up for greater success. The Board opted to pursue both approaches.

The changes were implemented in two phases: first, elective hours were removed, cutting the required hours by nearly a third. And in June 2016, the experience program was realigned and renamed the Architectural Experience Program® (AXP®). Nearly 2,400 candidates completed the program as soon as the AXP launched.

After tackling the most urgent findings of the 2012 Practice Analysis, NCARB turned its attention to the timeline to licensure. The average time required to complete the licensure process—from enrollment in school to the granting of a license—peaked at 15.6 years in 2008. By 2013, the average was falling, but still long: just over 14 years.

In June 2013, NCARB initiated the Licensure Task Force, headed by Past President Ronald Blitch of Louisiana, to review each component of the licensure process, determining where overlaps and opportunities for efficiency existed. The result of their work was the Integrated Path to Architectural Licensure (IPAL) initiative. 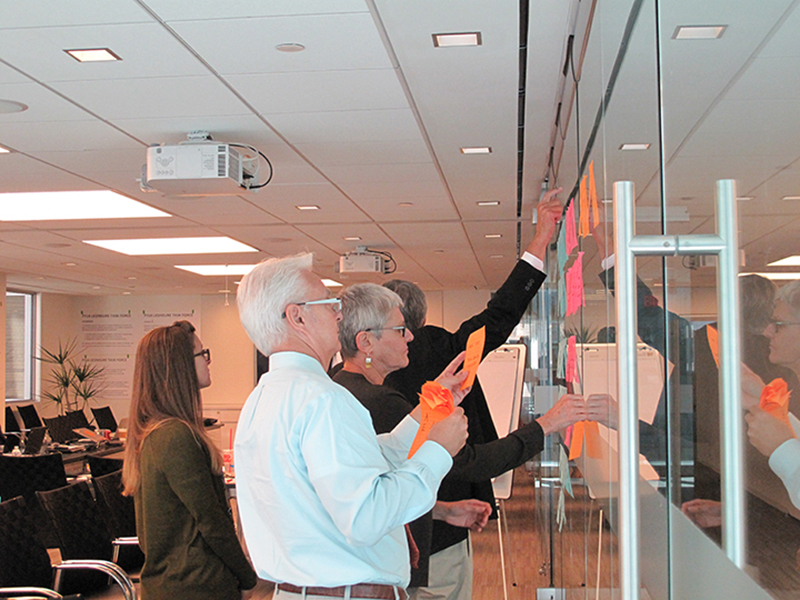 NCARB’s Licensure Task Force examines the path to becoming an architect in 2014.

IPAL offered the potential to shorten the period between graduation and licensure by giving highly motivated candidates the flexibility to fulfill experience and examination requirements while still in school. Allowing candidates additional options on how best to approach their career marked another step in NCARB’s evolved thinking about the traditional path to licensure.

Programs already accredited by the National Architectural Accrediting Board (NAAB) were invited to apply to participate in the initiative in 2014. More than 30 proposals were received, and 13 programs were accepted into the inaugural group of IPAL programs. By 2018, the initiative had welcomed more than two dozen programs, and the first students began to graduate and earn their licenses. IPAL epitomized NCARB’s determination to be a source of support—instead of a hindrance—to future architects at all stages of their careers. 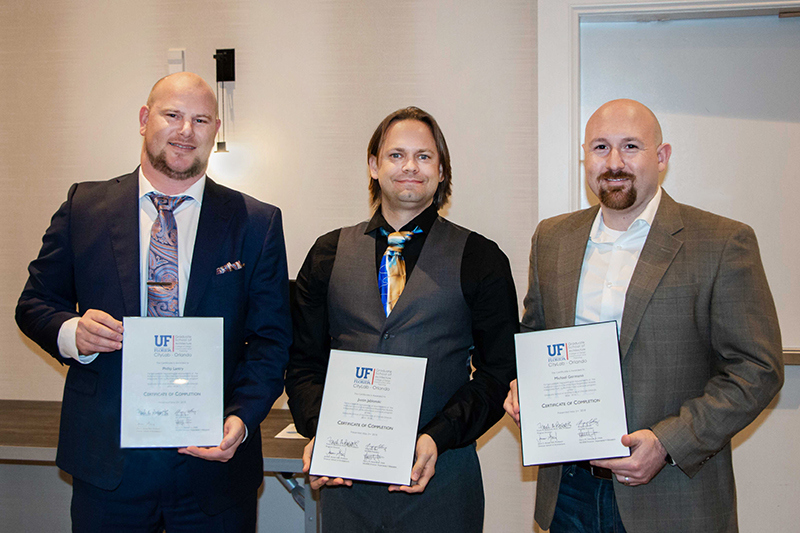 As IPAL graduates, Justin Jablonski, Michael Germano, and Phillip Lantry were able to receive their licenses just weeks after commencement.