As NCARB entered into the new millennium, rapid advances in technology were affecting the architecture profession and its regulation in a variety of ways. Through the use of new tools and data, NCARB constantly develops services for its members and customers.

See how NCARB’s use of technology has evolved over time, and how it’s impacted NCARB’s programs and services. 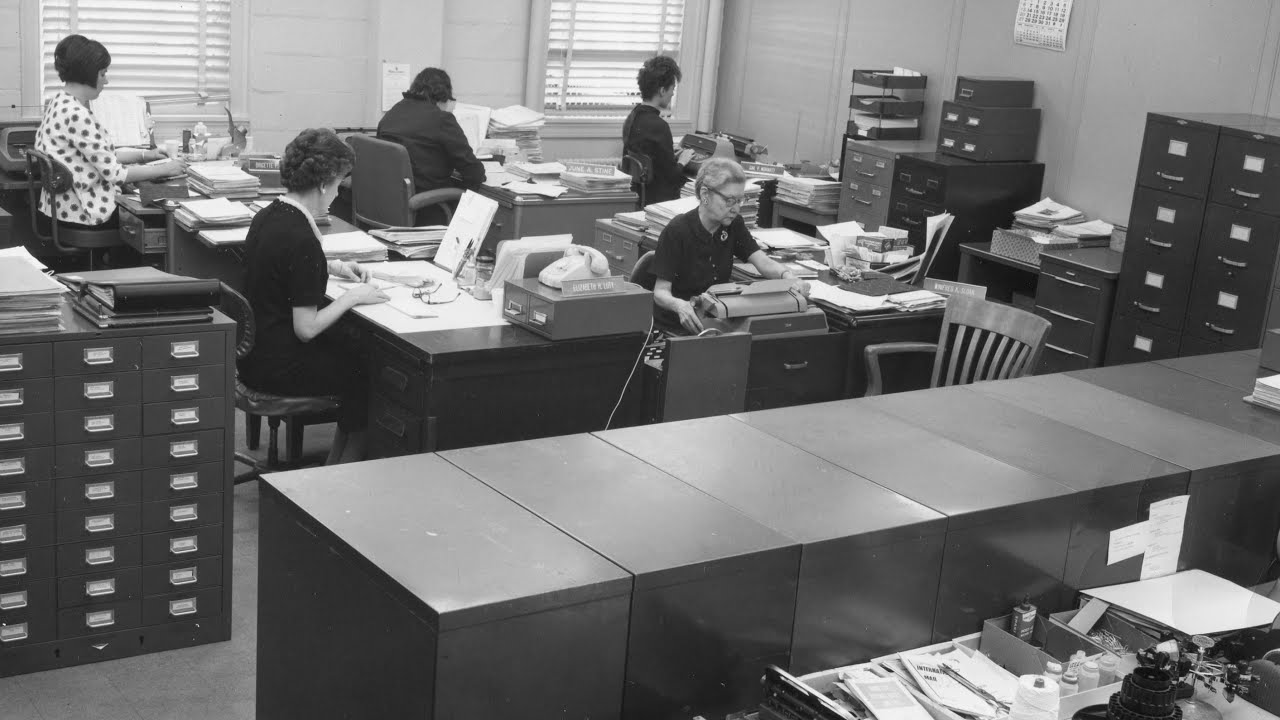 As new technology became available, many architects were early adopters. Computers and specialty software were transforming the practice of architecture. Architecture schools began to integrate computer design classes into their curricula, and students became accustomed to finding easy access to information online. To remain relevant, the organization needed to position itself for a faster and more connected future. 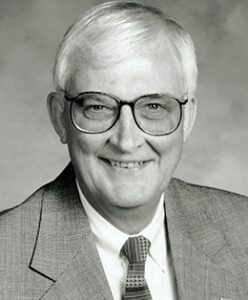 “The computer is here to stay. It’s part of our everyday life, and we must continue to work with the new technology and the effect it will have on the future of practice and regulation of our profession.”

One of the first steps toward preparing for the future of the profession was ensuring that NCARB’s systems, both internal and external, were fully suited to supporting the needs of the profession. Throughout the 2000s and 2010s, NCARB transitioned from an organization experimenting with new technology and digitalization to an organization eager to adopt the latest technological advances in order to carry out its key functions, from record-keeping to examination. 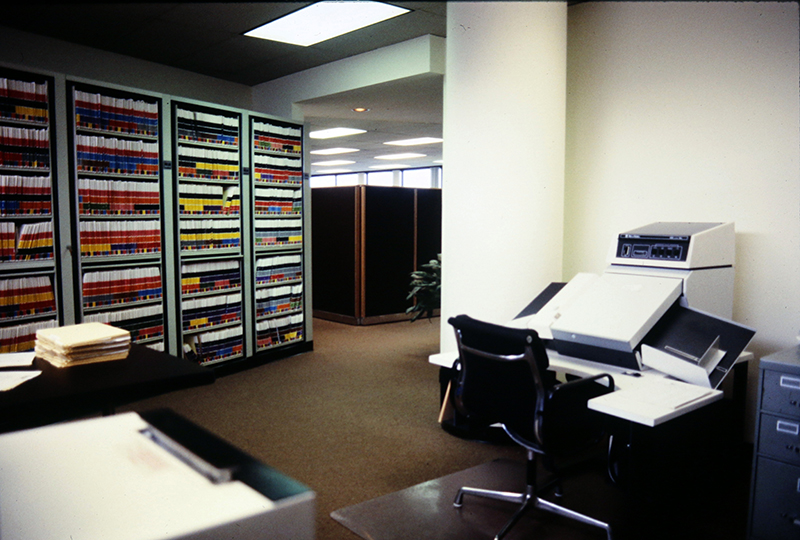 A wall of customer Records at NCARB’s office in the 1980s.

When NCARB installed its Customer Information System (CIS) database in 1994 to house the documents that formed a customer’s NCARB Record, the technology was state of the art. As time went on, advances in computer and internet capabilities compelled the organization to develop a structure for maintaining and upgrading the technology—eventually becoming what is now the Information Systems Directorate.

“Not only will applicants for Council Records and transmittals of Records benefit from improved service, the Member Boards will benefit as well, as they receive electronic transmittals from the office. … Member Boards are also able to access our files for their own review of information collected by the Council on [behalf of] Council Record holders.”

Computers promised not only to cut processing time, but also opened the door to move some services online. Customers, board members, and staff all wanted the convenience of allowing requests for Record transmittals online. As the Council began work on new online services for customers and board members that would launch in 2002-2003, more staff were brought on board to provide tech support. The effort required serious investment in the organization’s technological foundation, something that became a key element of the Council’s 2005 Strategic Plan.

It was an objective the Council took seriously: between 2007 and 2009, nine new Information Systems staff members were brought on board—a significant number in an organization with a staff of less than 100. When NCARB reorganized in 2009, Information Systems became its own directorate; it is now second in size only to Customer Relations.

NCARB’s first website launched in 1996, undergoing its first redesign in 1998. Launching NCARB’s first online account system in the early-2000s required a major overhaul of www.ncarb.org. The upgrade took nearly two years, with input from every part of the Council and the dedicated assistance of external consultants. 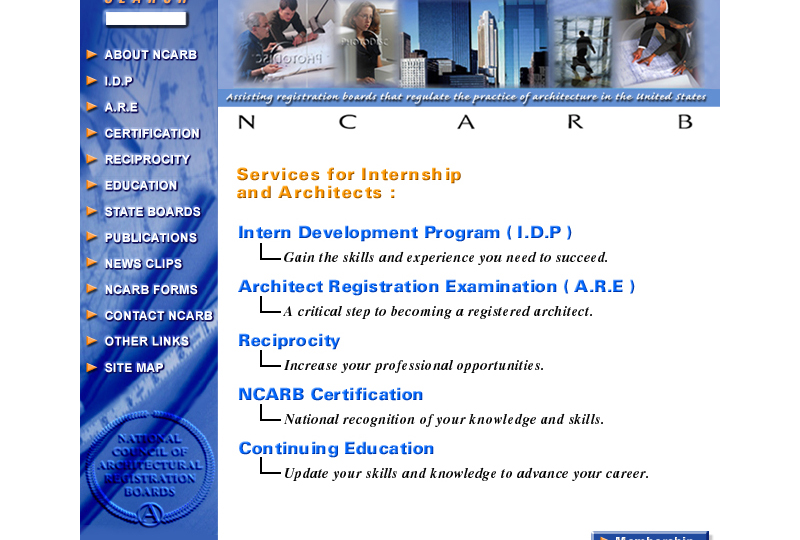 NCARB revamped its first website in 1998 to include more information and images.

In October 2002, customers and Member Boards were introduced to the revamped www.ncarb.org, which included a new interactive feature: My Council Record. Architects and licensure candidates could now check their Record status, update contact information, request transmittals, and renew their Records online. A few months later, a feature to allow customers to review transmittal status was added. The website overhaul also included the first “Members’ Only” section for NCARB’s Member Boards. 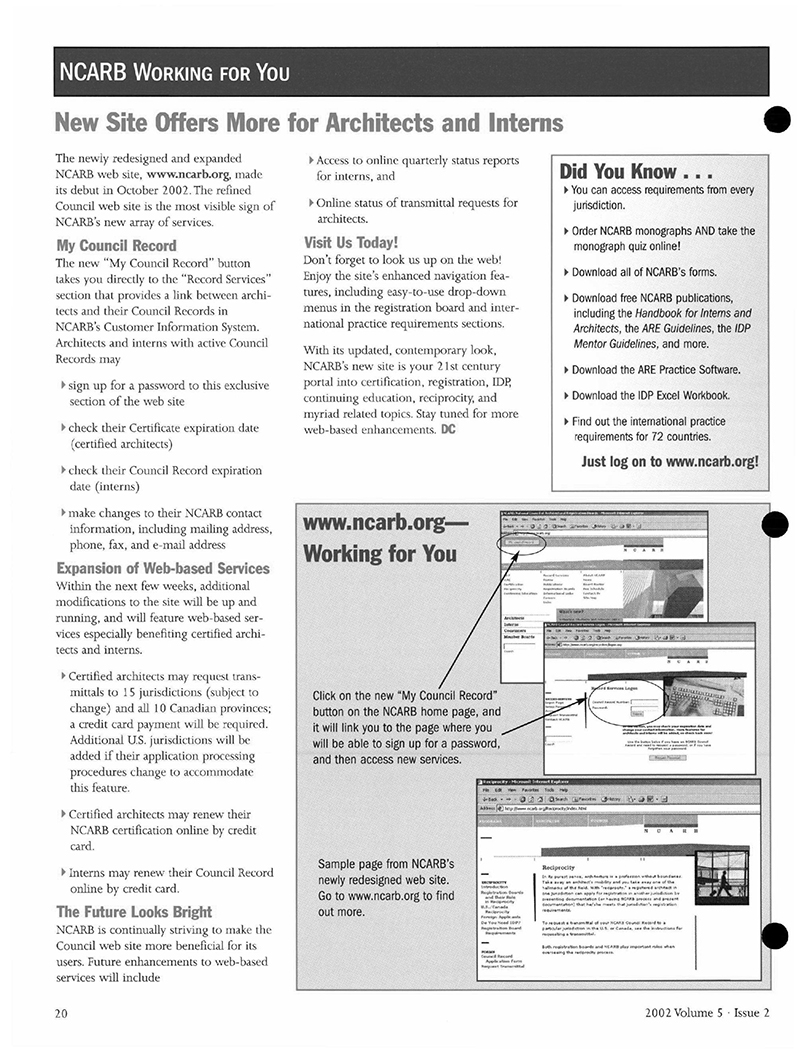 As the internet advanced, the Council continued to introduce new services for customers, with the goal of making the licensure process smoother and more accessible for all. As part of its ongoing build-out of the Council’s website, the newly assembled Information Systems team devoted the second half of 2008 to developing an online reporting system for the Intern Development Program (IDP) from scratch. Previously done with paper forms, which had to be signed by both a candidate’s supervisor and mentor and then mailed to NCARB, the electronic Experience Verification Reporting (e-EVR) system allowed licensure candidates to create, save, and submit reports.

On December 31, 2008, the electronic Experience Verification Reporting (e-EVR) system launched with NCARB’s new requirement that experience hours be reported within six months or be forfeited. Using e-EVR, candidates could now report their hours online for automatic inclusion in their Council Records. The system also notified supervisors via email that forms were ready to be reviewed and approved. The Council’s reputation had stagnated in the mid-2000s, and the creation of the e-EVR was a vital step in rebuilding trust.

NCARB went on to tackle a series of online projects to boost the organization’s public engagement and enhance access to useful resources. In 2011, customers’ accounts were transformed by the launch of My NCARB, a one-stop resource for all NCARB services. Timeliness and usability increased, and all users—including staff, board members, architects, candidates, and AXP supervisors—could use the same portal. But one of the main features of My NCARB was its ability to adapt: new services could easily be added as the organization grew and evolved, offering a comprehensive yet flexible system. 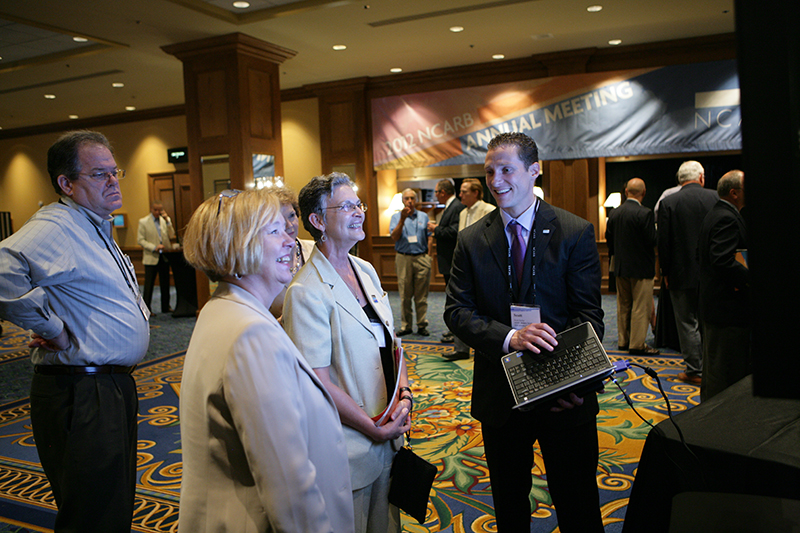 The 2010s brought a new focus for NCARB, facilitated by the organization’s advances in technology: data. For decades, NCARB had been storing information about licensure candidates and practitioners in the course of preparing Council Records. 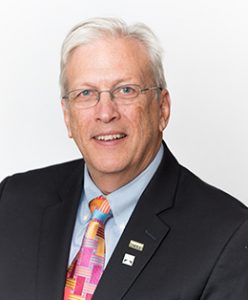 “Building the technology and programming backbone that can provide an NCARB-hosted database of credentials is critical to our long-range success.”

The significant effort to digitize enabled NCARB to extract and analyze that information, providing insights into the profession’s progress, strengths, and weaknesses, as well as trends both positive and problematic. After developing the necessary programming, NCARB pulled out several years’ worth of data on the experience phase of the licensure process and compiled the debut issue of NCARB by the Numbers, published in 2012. 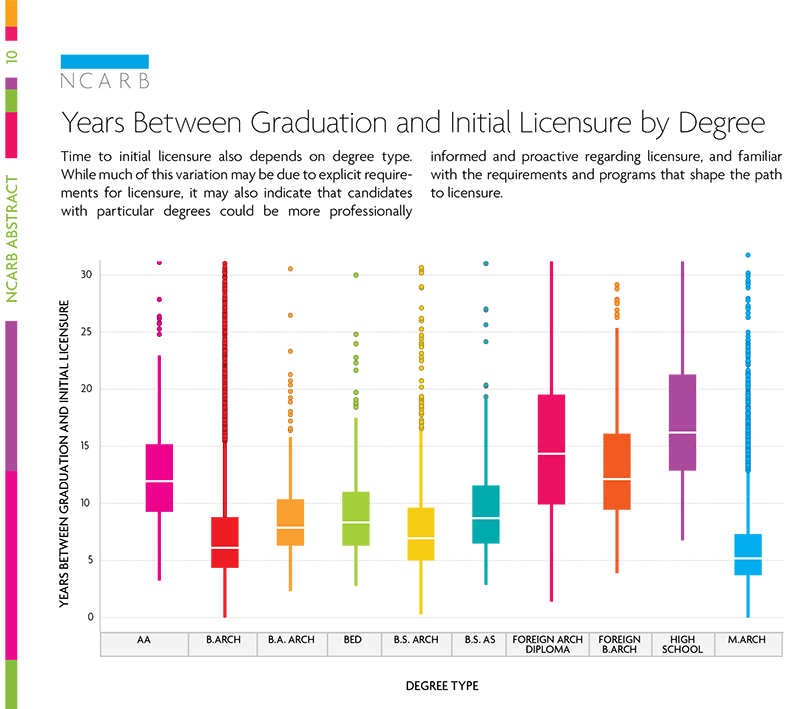 The first issue of NCARB by the Numbers was published in 2012.

Subsequent issues analyzed data from other areas of the education and career continuum. The detailed information deepened NCARB’s understanding of the factors shaping the field of architecture and the pipeline of emerging architects. For the first time, the Council could zero in on the specific “pinch points” in the pipeline that might be holding back or discouraging candidates.

“With these new capabilities, NCARB is in a unique position to provide something that has been missing for a long time: a clear and definitive source of information about the past, the present, and the future of this amazing profession.”

With the insight provided by the data report plus input from NCARB’s hundreds of volunteer committee members, the Council had a clearer picture of where to focus its efforts to help rebuild a stronger profession. Blended with the personal experiences of the Council’s ever-expanding pool of volunteers in the profession, it became clear that the first step toward a future-facing NCARB was streamlining the education, experience, and examination requirements.

Through NCARB by the Numbers, NCARB came to be regarded as an authority on trends shaping the regulation of the profession, a welcome development that advanced the Council’s goal to be more open and transparent. NCARB also became the centralized resource for information on jurisdictional differences in licensure requirements and up-to-date reports of disciplinary actions—a dream of the Council’s founders.