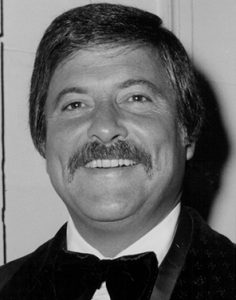 Charles A. Blondheim Jr., FAIA, of Eufaula, Alabama, was appointed to the Alabama Architects Board in 1964. He began volunteering for NCARB committees in 1969 and was elected to the NCARB Board of Directors in 1972, serving terms as director, treasurer, and first vice president before being inaugurated as president at the 1976 Annual Meeting. During his tenure, Blondheim was largely responsible for setting the stage for launching the Intern Development Program (IDP). He also shaped the substance of NCARB's “nation to nation” concept surrounding international reciprocity.

Blondheim established his architectural practice, Blondheim & Mixon, after attending Auburn University for two years, and then transferring to Georgia Tech to study architecture. In 1957, the American Institute of Architects (AIA) awarded him with the Langley Graduate Scholarship, opening doors to attend the Massachusetts Institute of Technology where he earned a master’s degree in architecture. His firm designed a number of projects throughout Alabama, including the Lakeside School in Eufaula. He was licensed in eight states and was elevated to the AIA College of Fellows in 1976.

“All of us—the noted and the ordinary—share ... a devotion to the profession and to the public that surfaces and, through NCARB, is harnessed and emerges as an effective force in our profession. ... Individually, we are just architects and laymen serving on state boards. But collectively, we become an efficient team dedicated to the service of the public and our profession.”