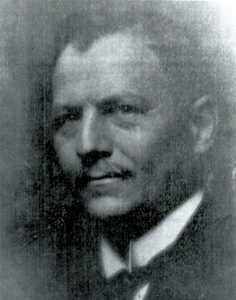 Clarence W. Brazer served as NCARB president from 1930-31. As president, Brazer worked on standardizing the examination, clarifying experience requirements, and navigating the intersection between architects and engineers to create model law.

An active volunteer, Brazer continued to dedicate many years to NCARB even after his presidency and served on the Practical Experience Committee. In addition to working with NCARB, Brazer was a member of the Architectural League of New York, the National Housing Association, and the American Institute of Architects (AIA) Philadelphia Chapter, representing the National Registration Laws Committee from 1926-1932.

Brazer earned his education through the Drexel Institute and Columbia University. Over the course of his career, Brazer established independent architecture practices in both New York and Pennsylvania and became equally skilled at designing new buildings and performing historical restorations. After retiring in 1947, Brazer opened a stamp selling and appraisal business and went on to publish many books on the subject, for which he is widely remembered today.