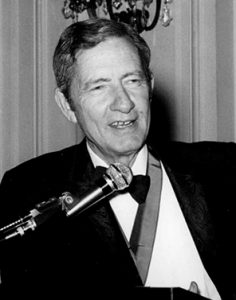 Daniel Boone served as president of NCARB in 1972 after first being elected to the Board of Directors as treasurer in 1966. He served on the Texas Board from 1960 to 1967. He also served on various NCARB committees including multiple terms on the Committee on Regional Structure, the Committee on Documents, the Committee on Finance, the Interprofessional Committee, and the International Relations Committee.

Born in Waco, Texas, in 1913, Boone graduated from the University of Texas at Austin with a degree in architecture. He joined the U.S. Army in 1943 and served in the Engineering Battalion in Europe in World War II.

Boone and William A. Pope established an architectural firm in 1956, later known as Boone Pope Wheeler. His firm was responsible for many prominent buildings throughout western Texas, including Taylor County Coliseum, Abilene City Hall, Abilene Civic Center, and several school buildings. He retired in 1988 after over 40 years in the profession.

“NCARB can't solve these problems alone. It will take a united effort by all the segments of the profession. ... But we can be, and in fact have been, the catalyst. The other subsystems are responding. In time we will see a great improvement in all the steps of the process that makes architects out of the raw material that funnels into the schools of architecture.”