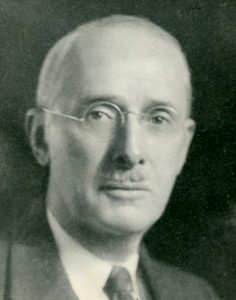 In 1906, Lorch helped form the School of Architecture at the University of Michigan, where he spent most of his career as a professor of architecture—eventually becoming dean in 1931. As chair of the Michigan Board of Architecture in 1919, he attended a meeting about forming an organization that would recommend model law, examination, and education standards for the profession. His peers selected him as chair for this tentative organization and then its first president the following year. The office of “past president” was added to NCARB’s Executive Committee when he stepped down in 1922 because his colleagues wished to retain his knowledge and input on the Board of Directors during its early years. He left the Board officially in 1924, but remained an active volunteer and attendee of NCARB meetings through the 1930s. Lorch was also a founding member of the Association of Collegiate Schools of Architecture (ACSA).

“And if these standards are good, with advancement from time to time as conditions warrant, will exert considerable influence on the professional schools and serve to make young men realize that they must presently qualify under conditions, the purpose of which is to make registration laws a real protection to the public.”