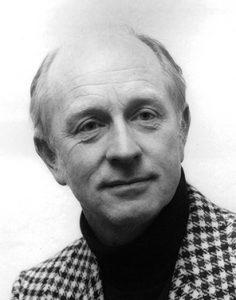 John R. Ross, FAIA, from San Luis Obispo, California, served as president of NCARB in 1980 after serving as first vice president, second vice president, secretary, and director. During his time at NCARB, he was part of the Examination and International Relations committees. He was also chair of the Design Committee, where he helped develop and recommend methods of evaluating the design capabilities of candidates. As president, he was passionate about emphasizing public accountability and professional conduct.

During his first year at the University of Southern California (USC), he was initiated as a member of Alpha Rho Chi’s Andronicus Chapter, but was soon called to active duty as a U.S. army unit commander in World War II. He later returned to USC to earn his Bachelor of Architecture in 1949. Ross maintained a private practice in San Luis Obispo while lecturing at California Polytechnic State University and later joined the California Board of Architectural Examiners—becoming its president in 1970.

Because of his involvement in Alpha Rho Chi as the foundation’s president, a scholarship was created in his honor. In 1980, Ross was elevated to the American Institute of Architects (AIA) College of Fellows.