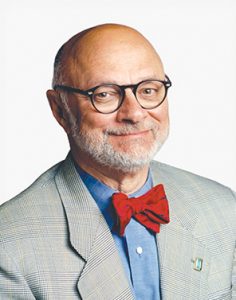 After 11 years of serving on the Alabama Board for the Registration of Architects, Joseph P. Giattina Jr. became NCARB president in 2000. During his presidency, Giattina greatly emphasized the power of cooperation and advanced many initiatives including an international cooperation agreement with China.

As an NCARB volunteer, Giattina led committees dedicated to developing the national exam for candidates seeking architectural licensure. He was part of the Task Analysis Committee, which conducted a practice analysis used to update the Architect Registration Examination (ARE) during his tenure.

Giattina graduated from the University of Notre Dame. He became president of Giattina Fisher Aycock Architects Inc. in Birmingham, Alabama, and taught a professional practice course at Auburn University for more than 10 years. Giattina also served as president of the American Institute of Architects (AIA) Alabama chapter. For dedicated service to society and the profession, Giattina was elevated to the AIA College of Fellows in 1999.

Within his community, Giattina was the director of Prescott House for Abused Children and served on the Board of Directors of United Cerebral Palsy. He has received several awards for his work, including the 1995 Award for Service to Children and the Civitan Award for community service in 1992.