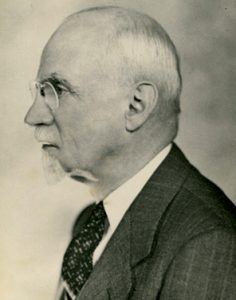 Miller I. Kast earned his education in architecture at the University of Pennsylvania. Kast began his career in Harrisburg, Pennsylvania, and is recognized for his early works, namely an alteration to the historic William Maclay Mansion at Front and South Streets. From there, Kast became one of the first members of the Pennsylvanian State Architects Licensure Board, serving as secretary for 18 years.

In 1924, Kast became third vice-president of the National Council of Architectural Registration Boards and was nominated to serve as president the following year. As NCARB’s third president, Kast’s work included organizing regional meetings, defining roles of the Council, and developing model legislation. With a deep respect for the architect title, Kast always encouraged the recognition of individual practitioners through examination and certification.

Long after serving as president, Kast remained faithfully involved with NCARB throughout his life. In 1934, Kast was elevated to the American Institute of Architects (AIA) College of Fellows and managed an independent architectural practice until a few years before his death in 1946.