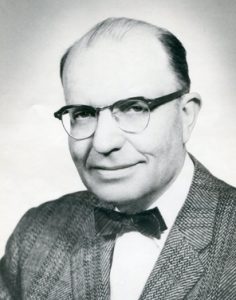 Paul W. Drake, FAIA, of Summit, New Jersey, served as NCARB president in 1964 following terms as first and second vice-president, as well as director. He served on the New Jersey State Board of Architects for 12 years before volunteering for a handful of NCARB committees, including the Executive and Finance committees. During his time as president, Drake oversaw the Member Board vote to officially form six regions: New England, Middle-Atlantic, Southern, Mid-Central, Central, and Western.