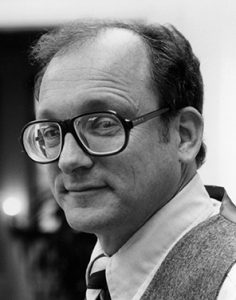 Robert E. Oringdulph, FAIA, began his service to the profession as a member of the Oregon State Board of Architect Examiners in 1974. After chairing the Oregon Board for several years, he served as director of the Western Conference (Region 6) from 1979-1981. Oringdulph also served a two-year tenure as treasurer in which he contributed significantly to NCARB’s financial soundness by introducing long-range planning and financial policies. The following years, he served as both second and first vice president on the Board and was elected president in 1985. After his presidency, Oringdulph served on the Board of Directors of the National Architectural Accrediting Board (NAAB) from 1988-1989 and president in 1990.

Oringdulph graduated from the University of Oregon and launched his career as founding partner of Broome, Oringdulph, O'Toole, Rudolf, Boles & Associates (BOORA) in Portland, Oregon, where he became principal designer of the majority of BOORA's  cultural programs as well as Nike’s national and international Niketown projects. Over the course of his career, Oringdulph was registered in Oregon, Alaska, Arizona, California, Idaho, Maryland, New Jersey, and Washington and was elevated to the American Institute of Architects (AIA) College of Fellows for his contributions to the profession.