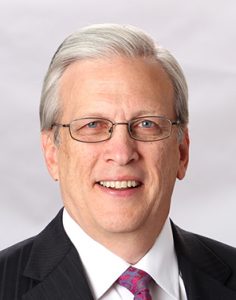 Scott C. Veazey of Evansville, Indiana, was appointed to the Indiana Board of Registration for Architects and Landscape Architects in 1990, and served on the Indiana board for 15 years. He has served on the Board of Directors since 2005, first as director of Region 4, then as secretary in 2008, treasurer in 2009, second vice president in 2010, and first vice president in 2011. At the 2011 Annual Meeting and Conference in Washington, DC, he was installed as president. Veazey has been involved with NCARB for more than 25 years as a member, chair, or Board liaison of numerous ARE and IDP committees, subcommittee, and task forces. He has also served on the Member Board Executives Committee, the Professional Conduct Committee, and the Broadly Experienced Architect Committee. In 2010, he was awarded the NCARB President's Medal for Distinguished Service for his contributions to the profession.

For more than 30 years, Veazey has been affiliated with VPS Architecture, where he served as chief operating officer. Located in Evansville, IN, the firm is known for its “green” architecture.

“Ultimately, we provide a service to the public—indirectly—of protecting health, safety, and welfare. That’s probably the greatest accomplishment in those 100 years.”