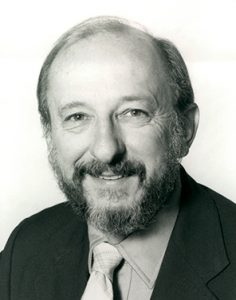 Theodore L. Mularz, FAIA, dedicated over a decade of his expertise to serving on the Colorado Board, as well as four more years on the Oregon Board after relocating to Oregon in 1990. In 1982, Mularz was elected by his peers to serve on the NCARB Board of Directors as the director of Region 6, and later as first vice president and president. He also served on a number of NCARB committees; as chair of the Education, Professional Conduct, Procedures and Documents, and Regional Chairs committees, as well as the Five Presidents Council.

During his term as president, Mularz launched a symposium on "the future of architecture" with the architectural collaterals, and established a committee charged with exploring new exam formats and methodologies. His primary focus was on education and examination, which initiated the shift from paper exams to computer exams. Mularz also focused his efforts on exploring alternative paths to NCARB certification for applicants without an accredited degree and introduced what would eventually become the Licensing Advisors Community (formerly called IDP coordinators). In 1986, Mularz was elevated to the American Institute of Architects (AIA) College of Fellows.

In January 1959, he earned a Bachelor of Architecture from the University of Illinois at Urbana-Campaign following several years of service in the United States Coast Guard. After graduation, he settled down in Aspen, Colorado, where he established his own practice in 1963. Over the course of his career, Mularz was registered in Colorado, Arizona, California, Oregon, and Utah.