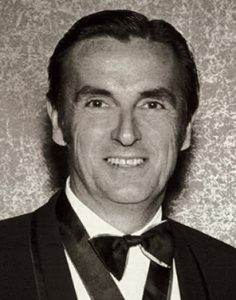 William J. Geddis, FAIA, of Cambridge, Massachusetts, was appointed to the Massachusetts Architecture Board in 1963. He began volunteering for NCARB committees in 1964, including the Public Relations and Regional Structure committees. Geddis was elected to the NCARB Board of Directors in 1966, serving terms as first vice president, second vice president, and director before being inaugurated as NCARB president at the 1970 Annual Meeting.

During his tenure, he pushed for a more uniform acceptance of the Legislative Guidelines and NCARB Record for reciprocity, as well as mutual recognition agreements with foreign countries. He was also involved in the development of the new Professional and Equivalency examinations; The Equivalency exam was developed for candidates who did not have a degree from a NAAB-accredited program and the Professional was for those who did. Geddis was elevated to the American Institute of Architects (AIA) College of Fellows in 1971.

“The necessity for change in the examination procedures has evolved from the National Council's serious review [of] the past six years, of the licensing process and how it relates to changes taking place in the schools, and methods of practice in the profession. From this research and study by architects, educators, generalists, and legal consultants, an action program emerged.”